Do Tax Payers Have An Extra $9.8 Billion To Spare? 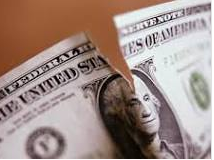 House Majority Leader Mitch McConnell promises to begin the repeal of Obamacare on January 3, 2017. The healthcare law was previously repealed by the House and the Senate in December of 2015, but vetoed by President Obama. Legislators can use the prior bill to move forward with some modifications to improve it. Many upcoming changes can occur on January 20th 2017 with the stroke of a pen.

In the meantime Healthcare.gov is moving forward with enrollments as if nothing is looming in the future of Obamacare.

Why the increase you ask? Because premiums have risen to 60 percent in many states and in the case of Arizona 116 percent for 2017. The benchmark to raise subsidies is based on the average premiums of the second highest cost Silver Plan.

To make matters worse health insurance companies committed to insure those with subsidies are also receiving some grim news. New reporting from the Washington Post tells us health insurers which offer plans through Affordable Care Act marketplaces “are being paid less than 2 percent of nearly $6 billion the government owes them for covering customers last year with unexpectedly high medical expenses.” The article says the $96 million which insurance companies will receive “is just one-fourth of the sum that provoked an industry outcry a year ago, when federal health officials announced that they had enough money to pay health plans only 12.6 percent of what the law entitles them to receive.” The piece adds that CMS simply posted an online notice last month with this information, instead of making an announcement about the risk-corridors program as it did last year. The Post also points out that this “extreme scarcity of 2015 money is the latest chapter for a problem-ridden part of the ACA designed to cushion insurers from high-cost customers.”

Positive change is on the horizon for insuring America's health. We are staying on top of all the legislative issues to keep you informed.