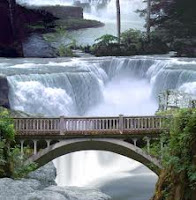 SECTION _01: RECAPTURE EXCESS ADVANCE PAYMENTS OF PREMIUM TAX CREDITS
The amount a household is required to pay towards their premiums is based on income. If a household’s income increases during the tax year, excess premium tax credits may result. Under current law, for households with incomes less than 400 percent of the federal poverty level there are certain limits on the amount the household is required to repay the federal government for the excess premium tax credits. For tax years 2018 and 2019, this section requires any individual who was overpaid in premium tax credits to repay the entire excess amount, regardless of income.

SECTION_02: ADDITIONAL MODIFICATIONS TO PREMIUM TAX CREDIT
Under current law, qualified health plans must meet certain requirements for households to be eligible for the premium tax credit. This section amends those requirements to make available premium tax credits for the purchase of “catastrophic-only” qualified health plans and certain qualified plans not offered through an Exchange. Additionally, this section prohibits premium tax credits from being used to purchase plans that offer elective abortion coverage. Lastly, this section revises the schedule under which an individual’s or family’s share of premiums is determined by adjusting for household income and the age of the individual or family members.

SECTION_05: INDIVIDUAL MANDATE
Under current law, most individuals are required to purchase health insurance or pay a penalty. This section would reduce the penalty to zero for failure to maintain minimum essential coverage; effectively repealing the individual mandate. The effective date would apply for months beginning after December 31, 2015, providing retroactive relief to those impacted by the penalty in 2016.

SECTION_06: EMPLOYER MANDATE
Under current law, certain employers are required to provide health insurance or pay a penalty. This section would reduce the penalty to zero for failure to provide minimum essential coverage; effectively

repealing the employer mandate. The effective date would apply for months beginning after December 31, 2015, providing retroactive relief to those impacted by the penalty in 2016.

SECTION_07: REPEAL OF THE TAX ON EMPLOYEE HEALTH INSURANCE PREMIUMS AND HEALTH PLAN BENEFITS
Obamacare imposed a 40 percent excise tax on high cost employer-sponsored health coverage, also known as Cadillac plans. Under current law, the tax will go into effect in 2020. This section changes the effective date of the tax. It will not apply for any taxable period beginning after December 31, 2019, and before January 1, 2025. Thus, the tax will apply only for taxable periods beginning after December 31, 2024.

SECTION_08: REPEAL OF THE TAX ON OVER-THE-COUNTER MEDICATIONS
Under current law, taxpayers may use several different types of tax-advantaged health savings accounts to help pay or be reimbursed for qualified medical expenses. Obamacare excluded over-the- counter medications from the definition of qualified medical expenses. This section effectively repeals the Obamacare tax on over-the-counter medications. The effective date begins tax year 2018.

SECTION_10: REPEAL OF LIMITATIONS ON CONTRIBUTIONS TO FLEXIBLE SAVINGS ACCOUNTS
Obamacare limits the amount an employer or individual may contribute to a health Flexible Spending Account (FSA) to $2,500, indexed for cost-of-living adjustments. This section repeals the limitation on health FSA contributions for taxable years beginning after December 31, 2017.

reduction by the amount of any federal subsidy. This section applies to taxable years beginning after December 31, 2017.

SECTION_13: REPEAL OF INCREASE IN INCOME THRESHOLD FOR MEDICAL EXPENSE DEDUCTION
Taxpayers who itemize their deductions may deduct qualifying medical expenses. The medical-expense deduction may be claimed only for expenses that exceed a certain percentage of the taxpayer’s adjustment gross income (AGI). Obamacare increased the AGI percentage threshold from 7.5 percent to 10 percent if the taxpayer or spouse was aged 65 or older. This section restores the pre-Obamacare AGI percentage threshold to 7.5-percent for all taxpayers beginning in 2018 and extends the special rule for those aged 65 or older through this year.

SECTION_14: REPEAL OF MEDICARE TAX INCREASE
Obamacare imposed a Medicare Hospital Insurance (HI) surtax based on income at a rate equal to 0.9 percent of an employee’s wages or a self-employed individual’s self-employment income. This section repeals the additional 0.9 percent Medicare tax beginning in 2018.

SECTION_15: REFUNDABLE TAX CREDIT FOR HEALTH INSURANCE
This section creates an advanceable, refundable tax credit for the purchase of state-approved, major medical health insurance and unsubsidized COBRA coverage. To be eligible, generally, an individual must not have access to government health insurance programs or an offer from any employer; and be a citizen, national or qualified alien of the United States, and not incarcerated. The credits are adjusted by age:


SECTION_16: MAXIMUM CONTRIBUTION LIMIT TO HEALTH SAVINGS ACCOUNT INCREASED TO AMOUNT OF DEDUCTIBLE AND OUT-OF-POCKET LIMITATION
This section increases the basic limit on aggregate Health Savings Account contributions for a year to equal the maximum on the sum of the annual deductible and out-of-pocket expenses permitted under a high deductible health plan. Thus, the basic limit will be at least $6,550 in the case of self-only coverage and $13,100 in the case of family coverage beginning in 2018.

SECTION_18: SPECIAL RULE FOR CERTAIN MEDICAL EXPENSES INCURRED BEFORE ESTABLISHMENT OF HSA
This section sets forth certain circumstances under which HSA withdrawals can be used to pay qualified medical expenses incurred before the HSA was established. Starting in 2018, if an HSA is established during the 60-day period beginning on the date that an individual’s coverage under a high deductible health plan begins, then the HSA is treated as having been established on the date coverage under the high deductible health plan begins for purposes of determining if an expense incurred is a qualified medical expense.

SUBTITLE _ — REMUNERATION FROM CERTAIN INSURERS
SECTION _01: REMUNERATION FROM CERTAIN INSURERS
Generally, employers may deduct the remuneration paid to employees as “ordinary and necessary” business expenses. Obamacare added a limitation for certain health insurance providers that exceeds $500,000 paid to an officer, director, or employee. This section repeals the limit on the deduction of a covered health insurance provider for compensation attributable to services performed by an applicable individual starting in 2018.