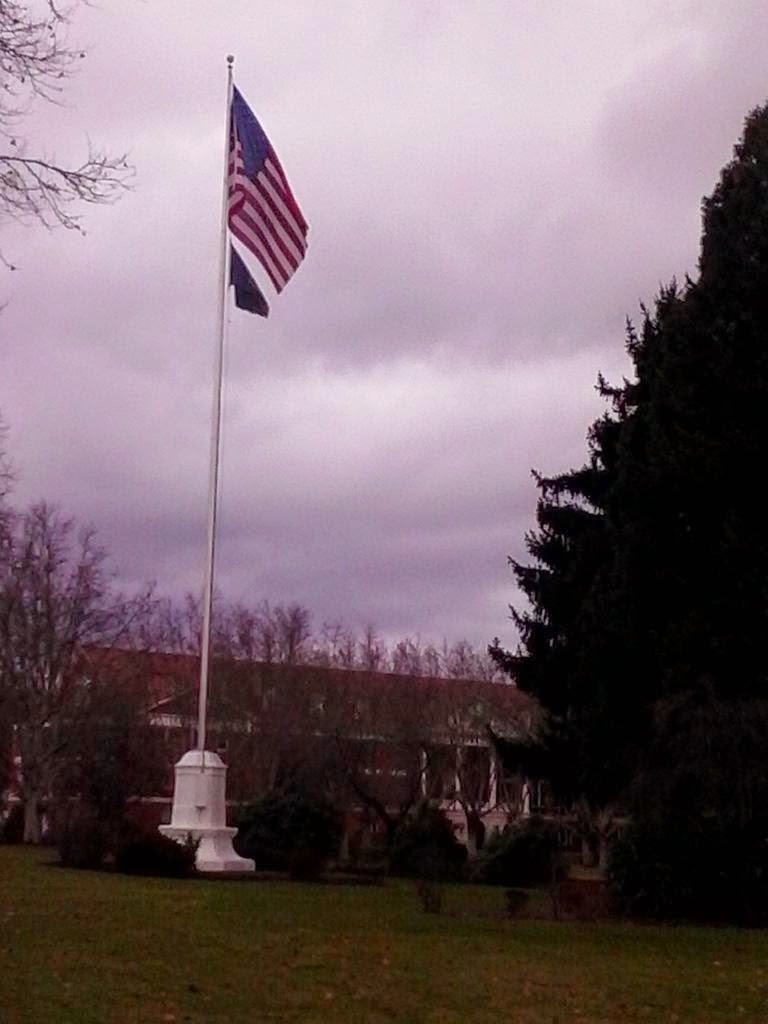 As America waits more is being revealed about things gone wrong in the medical treatment of those that "gave their all" for us. Congress is holding hearings. The Inspector Generals office has released their findings.

Defense Secretary Chuck Hagel has asked for an investigation with a deadline of August 29th to receive the report. "The Department must continue to provide the best available health care to our Service men and women, and their families, who have sacrificed so much on behalf of this Nation. They deserve nothing short of our highest level of effort," Hagel said in a May 28 memo outlining the review.
"Accordingly, I fully expect the Review to lead to Department standards that exceed the national averages in access to, safety, and quality of healthcare," he said.

One State Cracking Down On Insurer's Misleading Marketing

The state of Colorado is cracking down on Insurance carriers for using the same language as the Affordable Care Act policies but don't qualify as ACA compliant. If a plan says it is not "major medical coverage" you need to be asking questions. You not only risk paying the penalty for not having a compliant plan you could end up with huge out of pockets.

When purchasing insurance consider using the services of a licensed health agent or broker. Those agents affiliated with associations like the National Association of Health Underwriters can be found at NAHU.org. Agents affiliated with NAHU and other organizations like them have access to continuance education materials that keep them current and up to date with the laws of your state. Using the service of a licensed agent cost you nothing extra and you now have a relationship with someone looking out for your interest. To learn about about using an agent visit our websites Your Health Benefits Market Place or Your Medicare Marketplace and look for the "Why Use An Agent" page".

Nevada will continue to make determinations on their own Medicaid enrollments but transfers the responsibility of their health exchange to Healthcare.gov.

The decision of the board was unanimous. The tab for the move will be picked up by the Federal Government. A spokesman for Xerox who is the contractor for the exchange says they are disappointed. Xerox says the portals accomplishments were admirable as they determined 190,000 Nevadans eligible for state Medicaid and 10,000 enrolling in private health plans.

Planning For Long Term Care For The Aging


More people discuss their funeral plans than planning for the future  care during illness as they age. Most people when asked about the cost of care for the aging over a long period of time grossly under estimate the monthly cost.

Caring for an ill spouse can be very stressful, but some say that it strengthened their relationship. Caring for an aging parent can also be stressful. The average age of the child caregiver is 58. Often a time when they are beginning to think about their own retirement.

It is very important take time out from our daily lives to plan in the event of an illness. Are there funds for outside services such as a long term care facility? If not how will care be given. Will the care duties be shared by family members? What are the expectations of both the parents and the children?

Read more about planning for care of the aging here
Posted by C. M. Elkins at 6:12 AM

Those that receive a premium subsidy from Healthcare.gov are doing so because their income allows them to receive financial assistance to obtain health insurance.

Imagine learning a couple years down the road you were "awarded too much" of a subsidy and now the IRS wants you to give it all back? What if you were also receiving a reduction in cost sharing such as a reduced deductible and you had high utilization of your benefits. Will you have to pay back the difference for that too?

Because of a computer glitch at Healthcare.gov that may very well be the case for hundreds of thousands of people that fall into the mix of over 1 Million people they suspect were calculated incorrectly.

How long will it take the government to calculate the error? They will begin this summer to manually work on the corrections.


Medicare touts their "free" wellness program but it appears to have some broken hinges. If during the course of a wellness exam a diagnosis is discovered the exam is no longer "free". The code used and sent to Medicare now makes it a billable event.

The Forbes article uses a colonoscopy as an example. If you have a "free" colonoscopy as part of your wellness exam and a polyp is found that changes the procedure to a diagnosis code and charges would apply. This can be very costly and comes as a huge surprise when the patient receives a balance owing bill in the mail.

In February of 2013 there was an article indicating that the administration was working to change this but appears that the changes may have not been implemented. This is the article from 2013
Obama Administration Tackles Colonoscopy Confusion

Fifty Percent of all Americans take at least one prescribed medication  monthly. Ten percent are prescribed more than four medications monthly. This comes from a recently released government report.

Should we be asking our doctors if medications prescribed  are necessary? Should we rely more on our bodies to heal themselves when possible?

The CNN article indicates we may have a drug epidemic.

The main purpose and intent of the Affordable Care Act was to make it possible for those with pre-existing conditions to obtain health insurance. That has been accomplished but there is a trade-off.
Hospitals and doctors were leaving networks prior to the law but the law has increased those numbers considerably. In order to keep premiums affordable new contracts with healthcare providers had to be created. Many doctors have found those new contract rates unacceptable. Insurers are warning consumers if they want low rates their choices will be limited.

Some insurance plans have included telemedicine as a benefit to their insureds. If you have a sinus infection or something reoccurring you simply pick up the phone and have a consultation with the doctor on call. Once the diagnosis is confirmed a prescription is faxed in to your pharmacy. You are not charged for the visit and you were able to stay home and not sit in a doctor's waiting room with other sick patients.

What if you had something more serious and you wanted to consult a well known specialist in another state? Virtual medicine is on the rise. There are still some unknown factors such as should a face to face visit be required for the initial visit. This type of medicine could be of great value though. Imagine not having to take time of work to take an aging family member to a specialist multiple times.

Read more about virtual medicine here.
Posted by C. M. Elkins at 7:18 AM

Who Will Pay The Individual Mandate Tax?

For the next couple of years the tax will be much less than the cost of insurance premiums. Those that do not purchase can enroll during future open enrollments without being penalized. Forty two million Americans will likely remain uninsured this year. Would it be better if there were incentives to purchase?

EXERCISE - The New Drug Of Choice For The Aging

Studies are finding exercise is attributed to improving and maintaining our health as we age. Exercise controls weight but it also is helping in may other ways. It improves our sleep and our mood. It lowers the risk of cancer and Alzheimer's disease it strengthens our bones. Baby Boomers are the fastest growing memberships at YMCA's and gyms.

You don't have to exercise all at once in a day. You could start out with 10 minute segments. Remember to include stretching and flexibility too!

Read more about how to get started here

Those people enrolled in Bronze and Silver Plans may find themselves unable to afford their medications due to "cost sharing" of their plan.  Some of the Silver Plans and all the Bronze plans have the drug benefits built into the deductible cost sharing. Meaning out of pocket costs on the patients part must be satisfied before the plan costs shares in filling prescription drugs. On the Bronze plans that average cost is $4,986.

Some of the higher premium plans have a separate cost sharing for prescription drugs.


Would you be more motivated to have an "advance directive" document if the Federal Government was going to pay you to do so? Senator Tom Coburn, a physician hoes a cash incentive will prompt you to complete your paperwork. He as introduced legislation to pay cash in the amount of $75.00 to motivate more people. The thought is the bill would encourage people to register their advance directives with CMS (Centers For Medicare and Medicaid Services).
Directives simple express your end of life wishes when you are unable to speak for yourself.
You can read more here.

Now Is The Time To Address Antibiotic Resistance


Findings of The World Health Organization warned last week that resistance to antibiotics has become a "major threat to the public".  The study goes on to say that wonder drugs are losing their power making infections untreatable. This is not the first warning and the problem is worldwide.

The cause is overuse of antibiotics and it has continued for decades. Bacteria have built a resistance to the drug causing the drug to lose it's power in fighting infections. This resistance is growing faster than new drugs can be created.

Read more about antibiotic resistance
Posted by C. M. Elkins at 6:40 AM No comments:

The department on Labor is proposing a new law that would require employers to notify employees leaving their job of the option of enrolling in an Affordable Care Act Plan.

COBRA can sometimes be unaffordable for a family especially if they are out of work. Having a second option besides COBRA may give the employee a more affordable way to insure themselves and their family. The Affordable Care Act option would be ongoing and permanent if the employee wished to keep their own coverage even after finding new employment.

Read more about coverage options here
Posted by C. M. Elkins at 10:46 AM No comments:


Stand alone Medicare which is sometimes accompanied with a Medicare supplement and Medicare Advantage Plans run by private insurance companies both lost money in 2013. Medicare lost $36 billion and Medicare Advantage plans lost nearly $12 Billion. It is reported that improper payments contribute to these losses. Is Medicare (run by The Center For Medicare and Medicaid Services) unable to control fraudulent claims? These numbers are raising questions and causing anger amongst the growing community of seniors.

There are indications that fraud has been reduced over the last 5 years but apparently it is not enough to keep these programs from losing money.