As the November election draws near we will be receiving more documents and information provided by the Federal Government in the form of public Notices. We are posting this for the purposes of keeping our readers informed. Any citizen can request these notices from the government to be delivered to their personal email.

This is not a political statement. 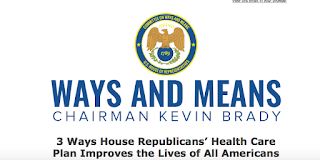 2017 Plan Maximum Out of Pocket Updates For Obamacare 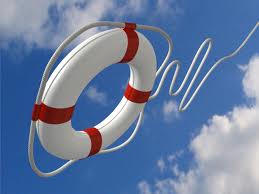 The Center for Medicare and Medicaid services sets the annual out-of-pocket limits for individual medical plans under The Affordable Care also know as Obamacare.

New out of pockets are set for 2017 at $7,150.00 per individual and $14,300 per family. Couple this with rate increase of 30 to 65 percent monthly depending on your health insurance carrier and plan it may seem not so "affordable".

Are You Aging In To Medicare? Be Aware Of Your Options 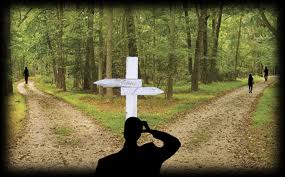 For those of you turning 65 in the next six months you have several things to learn in order to maximize your benefits.

Some people receive their Medicare card automatically some do not. If your address is not correct with Social Security your Medicare will not reach you.

Ninety days before your 65th birthday you can enroll in Medicare and begin the process of selecting your Medicare Supplement and your Part D prescription drug plan. You can enroll in your Medigap aka Medicare Supplement and Part D 90 days prior to your 65th birthday the month of your birthday and 90 days after your birthday. You can also choose a Medicare Advantage Plan. This seven month "window" is known as your Open Enrollment Period. All benefits are guarantee issue during this time frame.

Beware of this however: If you are currently enrolled in a health plan with a health insurance company that also offers Medicare Advantage Plans the Federal Government is allowing these health insurance companies to auto-enroll you in their Medicare Advantage Plan also known as Part C. This is done by informing you in a letter the action will be taken. This could slip by you very easily if you don't scrutinize every piece of your incoming mail.

A Medicare Advantage Plan is a private health insurance company contracted with Medicare to become responsible for all your medical care. The cost of a Medicare Advantage Plan is very low and you are responsible for out of pocket costs. The networks can be narrow and you could lose your doctors. This may not be the best fit for your personal needs. If you don't opt out you could be locked in. You may not realize you have even been enrolled until you use your benefits and discover you no longer have original Medicare.

Please take the time to read this story published by the Kaiser Foundation and WATCH YOU MAIL!

Need help with your Medicare options? Please contact us today 24-7 Health Insurancewww.24-7healthinsurance.com
Posted by C. M. Elkins at 7:41 AM No comments:

Question: Why Has Healthcare Spending Reached $10,345 Per Person?

The per-person cost of healthcare has reached over $10,000 this year.

What is driving the cost. The first thing that comes to mind is the cost of prescriptions drugs. What is driving up the cost of drugs? Try counting in an hours time how many drug commercials you see while watching your favorite television program. Notice how much of that commercial is devoted to disclaimers of how the particular medication can harm you. Commercials "sell" products and goods. RX commercials are televised to prompt you to see your doctor about possibly prescribing this medication for you. Is it possible over the last decade over medicating has made Americans sicker?

Projections indicate health care spending will grow at a faster rate than the national economy over the coming decade. National health expenditure will hit $3.35 trillion this year adding up to $10,345 for every man, woman and child. Medicare and Medicaid are expected to grow more rapidly than private insurance.

Republican nominee for President Donald Trump vows to repeal Obamacare without cutting Medicare (which is currently scheduled under the Obama administration for major benefit reductions over the next 7 years including Hospice Care and Physical Therapy). Democrat Hillary Clinton has promised to expand government health care benefits to include a "single payer system".

Obama's health care law in an attempt to control costs reduced Medicare payments to hospitals and private insurers aka Medicare Advantage Plans. The law increased costs by expanding coverage to millions who previously lacked it. Health insurance premiums will rise 30 to 65 percent for each insured American in 2017 based on insurance carriers filing rate increases for the coming year.

Each of the presidential candidates are going to have to provide a plan to address these costs. How will each of them project fiscal leadership to keep America healthy without driving up government cost and/or passing it on to the consumer?