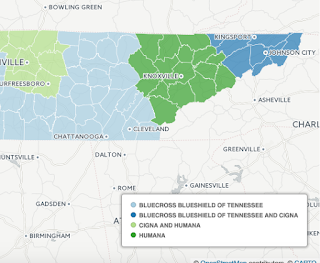 You can read more about Blue Cross of Tennessee's decision here.
Posted by C. M. Elkins at 6:05 AM No comments:

What you need to know about the future of you health insurance and why it is drastically changing for 2017!

The big topic this year—the “breaking news” if you will—is that many of the major carriers (as well as a lot of the smaller ones) have made the decision to exit most ACA marketplaces in 2017. This summer, UnitedHealthcare, Aetna, and Humana all announced plans to stop offering marketplace plans in a number of markets across the country, leaving consumers with fewer options than they had during the first three open enrollment periods. Other regional carriers have made similar decisions.

On top of that, Anthem is moving forward with its plans to purchase Cigna while Aetna and Humana are moving forward with their merger plans as well. Both deals are facing legal and regulatory hurdles as the Department of Justice has sued to block both of the proposed mergers.

Long story short, the available carrier and plan options is decreasing for most marketplace clients, and as Bloomberg reports, some consumers will have no marketplace options at all.
Smaller Provider Networks

If the mass exodus of carriers is the big news this year, the shrinking provider networks was the big news during last year’s open enrollment period. In many markets, the majority of carriers reduced the size of their provider networks while eliminating any non-emergency out-of-network option. HMO plans as well as other network-only plan designs have taken over the individual market, leading some to question President Obama’s promise that “if you like your doctor, you can keep your doctor.” That’s no longer true for many of our clients, particularly those who see multiple health care providers. It’s difficult if not impossible to find plans with broad networks that won’t cause a disruption for our individual customers, and there’s no sign that that’s going to change in 2017.

This is a trend that was occurring before the Affordable Care Act but that has accelerated since 2014. Next year, the out-of-pocket limit on ACA-qualified plans will be $7,150 for single coverage and twice that amount—a whopping $14,300—for people with family coverage. Compare that to a maximum out-of-pocket of $6,550 single / $13,300 family for “High Deductible” HSA-qualified plans. It’s ironic when high deductible plans provide better out-of-pocket protection than the new-and-improved ACA plans.

Along with the higher out-of-pockets, we’ve also seen up-front copayments for doctor visits and prescriptions go away on many individual plans, particularly those in the bronze and silver levels. That means that, aside from preventive care, consumers have to spend thousands of dollars before their insurance coverage kicks in and helps pay a portion of the bill.

Speaking of prescriptions, we’ve seen a lot of carriers make changes to their prescription drug coverage. Many plans now have preferred and non-preferred generics; some drugs have been moved to higher copay tiers (if the plan still has copayments); an increasing number of drugs are being classified as non-formulary; and the highest tier drugs often require the member to pay a coinsurance percentage rather than a fixed copayment. Additionally, some plans now have preferred and non-preferred network pharmacies, requiring consumers to change drug stores if they want to get the best price.

One of the things the Affordable Care Act was supposed to do is make health coverage more affordable. That’s not necessarily the case anymore, though. Carriers across the nation have lost millions and in some cases hundreds of millions of dollars during the first three years of guaranteed-issue individual policies, forcing them to request significant premium increases for 2017. And while HHS can require insurers to “justify” any rate increases over 10%, it turns out that the increases are in fact justified.

For clients not receiving a premium tax credit, this is obviously a problem. Their health insurance premiums are significantly outpacing their wage growth and are now cost-prohibitive for many people. And while the tax credit does go up each year to help offset rising premiums for people receiving government assistance, keep in mind that amount of the credit is based on the second-lowest-priced silver-level plan in the marketplace. If the member is covered by a different carrier whose renewal rates are higher, his or her share of the monthly premium could increase quite a bit, particularly if the benchmark carrier’s premium increases are more stable.

Most of our clients are on a budget, and many have already selected the lowest-priced plan available to them. If they see another increase this year of 20, 30, or 40 percent, will they be able to hang on to their health coverage? Unfortunately, the answer for many is no.

The reality is that the marketplace, more than ever, is primarily for those receiving a premium tax credit; for everyone else, there are off-marketplace options. Many of the carriers exiting the federal and state marketplaces are still offering individual off-exchange coverage. According to HHS, 83% of people with a plan purchased through the marketplace are currently receiving financial assistance, and those clients will need to determine if the government subsidy is more important than choice and plan flexibility. The other 17% would do well to explore the many off-exchange options that are available.

We will be Certified for 2017 to assist our clients and future clients.  Open enrollment begins on November 1st and ends on January 31st. Please share our blog with your friends.
Posted by C. M. Elkins at 12:49 PM 4 comments:

The Blues Are Feeling Blue Over Obamacare - Will They Stay Or Will They Go? 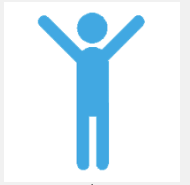 As we await open enrollment to learn what carriers will participate in the Affordable Care Act Blue Cross Blue Shield Association speaks out about the possibility of eventually leaving the market. In some counties in Texas they are the only remaining insurer.

The article in this link by The Hill explains the Blues Views and some possible solutions to the failing Affordable Care Act.

Blue Cross Blue Shield May Exit Exchanges If Conditions Continue To Deteriorate
Posted by C. M. Elkins at 6:46 AM 2 comments:

A Clear Perspective On Obamacare From The UK

Watching the decline of our healthcare system from an agents perspective has been very difficult task. As agents assisting the under 65 market we are able to see the warning signs much sooner than the general public does.

Ironically the most informative and clear view of the Affordable Care comes from the United Kingdom. Here it is in it's entirety.

Obamacare On the Cusp Of Falling Apart
Posted by C. M. Elkins at 7:10 AM No comments: