Insurers Are Working With Congress On The Repeal Of Obamacare 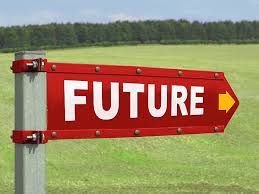 The incoming administration and Congress are working with health insurers to make sure Americans are not impacted by the repeal and replacement of Obamacare.

Insurers have said they are willing to give up the individual mandate to purchase health insurance if other rules and provisions are put into place to protect them from "adverse selection".

As 24-7 Health Insurance attends webinars and speaks with insurance carriers we are hearing a very positive tone about the future of health insurance in America and shorter timelines than mentioned in the article for replacement plans.

We believe the Trump Administration will use both the regulatory process and Executive Action to begin the repeal process immediately. This could lift the mandate and the penalties for not purchase an ACA compatible plan.

Known as the “individual mandate,” the rule was a major priority for the insurance industry when the Affordable Care Act was legislated, and also became a focal point of opposition for Republicans. In a position paper released Tuesday -- the first since President-elect Donald Trump’s victory -- health insurers laid out changes they’d be willing to accept.
“Replacing the individual mandate with strong, effective incentives, such as late enrollment penalties and waiting periods, can help expand coverage and lower costs for everyone,” AHIP said.

You can read the entire article here:

Health Insurers Will To Give Up A Key Obamacare Provision

We are licensed in 11 states. We look forward to being of service for all your health insurance and Medicare needs!